We are proud to announce that GET has successfully tested world’s first system that can wirelessly power big heavy drones!

GET presented and announced wireless power system for drone-enabled services at technological summit in Napa Valley on June 16, 2016. 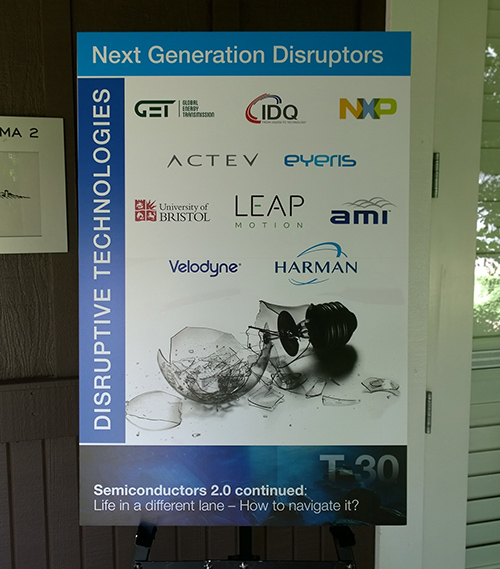 You can find a video of 1 hour test flight made prior to the main summit event below. This demo flight was made using drone with average power consumption of 200-300 watt (standard DJI F550 model), and peak consumption up to 450 watts, and it was powered completely wirelessly!

With GET Distant Wireless Power solution drones can stay in flight mode as long as you need, which is clearly demonstrated on video. This is still a prototype, while power level of industrial systems can be much higher, but it shows true potential of the technology.

So there is no longer need to land the drone in order to recharge it. It can be done airborne. With this technology we can build a cell-tower like power network for drones, so that drones can safely grab enough energy in seconds to fly payloads across the charging network to stay aloft indefinitely or reach delivery destinations.

Drone has been tethered due to safety concerns, especially given windy weather. During main demo event GET demonstrated 3 hours flight continuously.

Finally, some pictures from this exciting event in Napa, which opened GET technology to the global community. 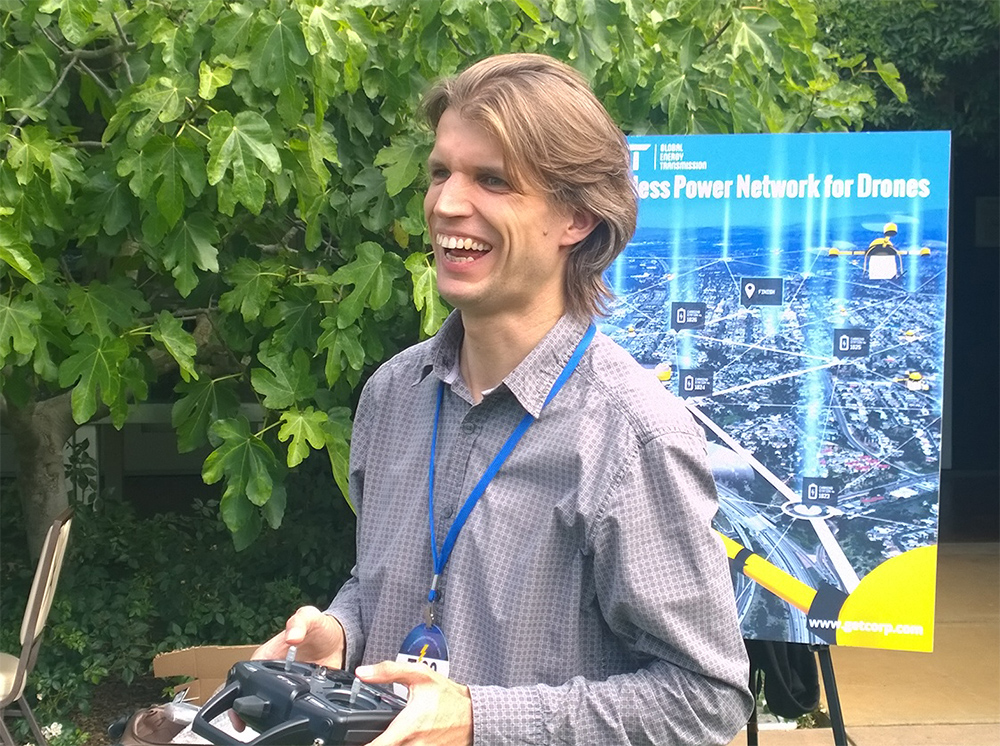 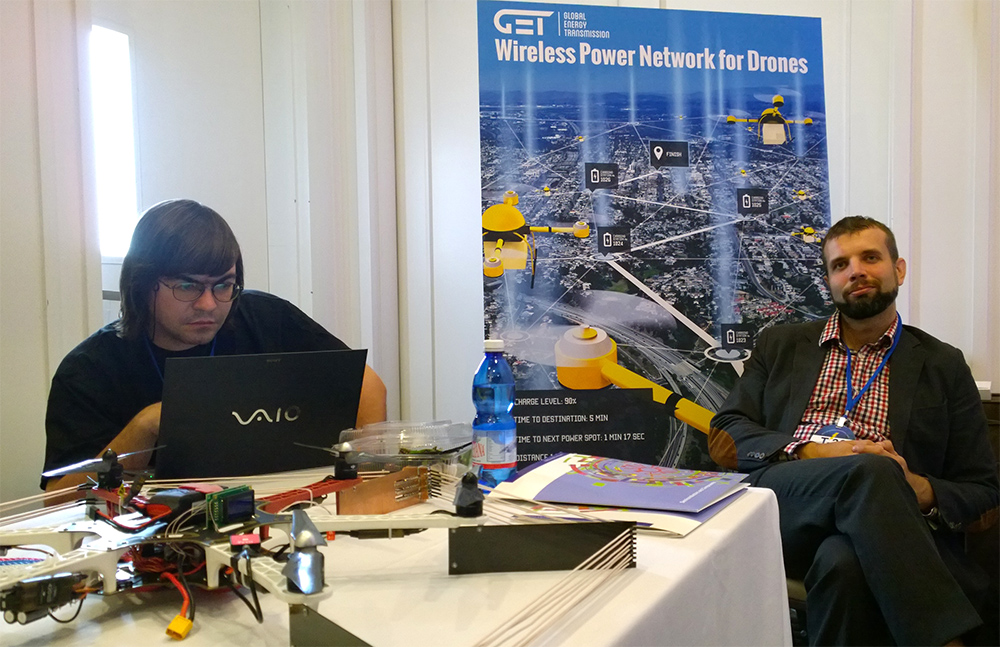 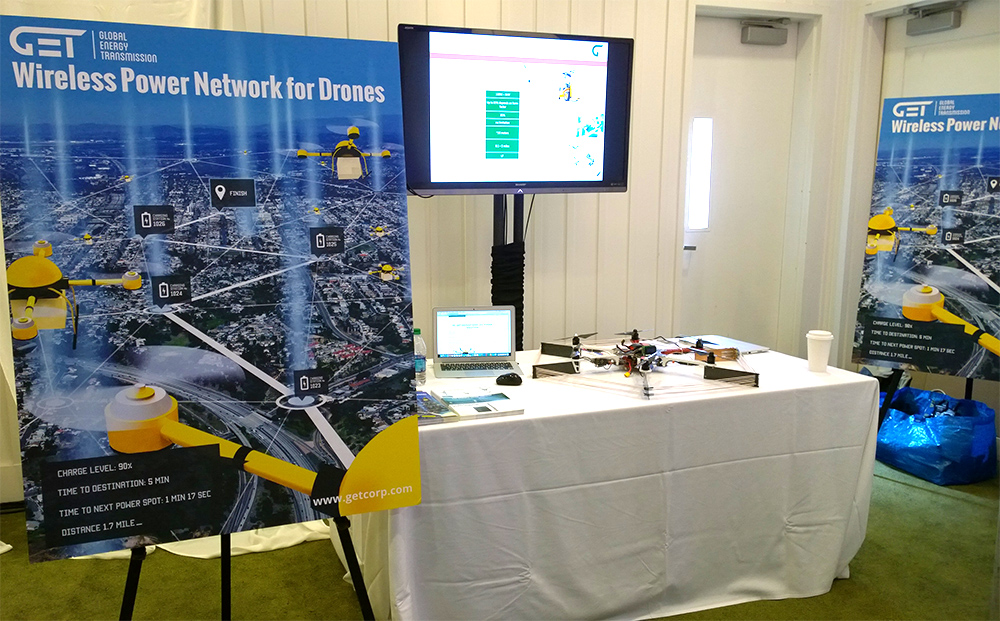 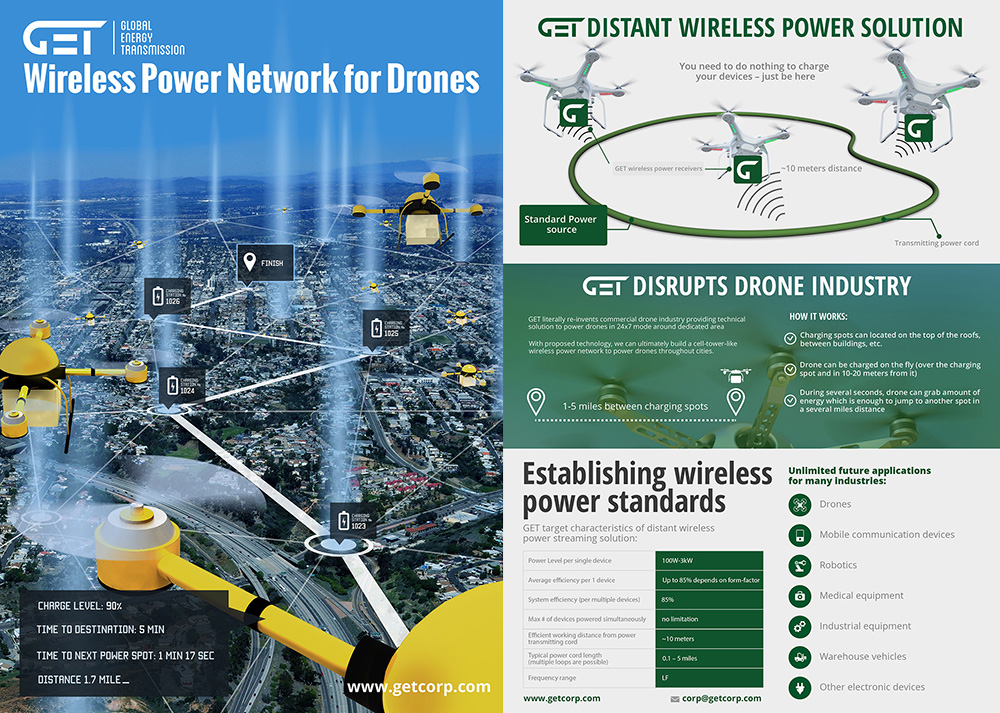